We’ve said it before, but we’ll say it again. One of our very favorite parts of Bookroo is getting to know some of our favorite authors and illustrators better. Without further ado, we’d like to introduce you to Boris Kulikov. 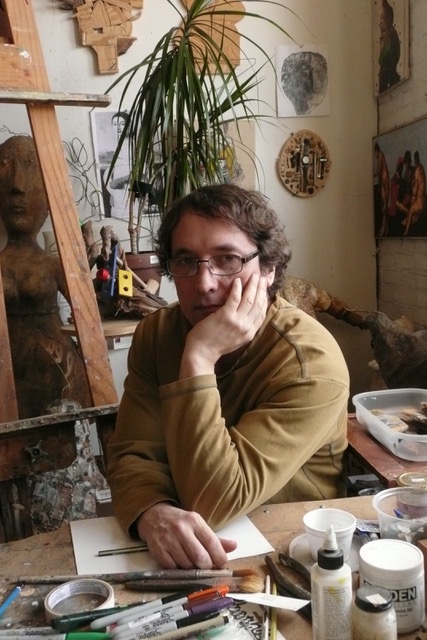 Boris was born in Russia, and graduated from The Institute of Theater, Music and Cinema in St. Petersburg. He immigrated to the United States in 1997 and his career there began as an illustrator for the New York Times Book Review. Boris currently lives in Brooklyn, NY with his wife Yelena Romanova, who is an author and two sons Max and Andre.

Bookroo: You grew up and studied art in Russia. How has that uniquely impacted your work?

Boris: There were some differences in the approaches to art education in Russia in those days and here in America, but that could be a big subject for separate discussion. For now maybe it is more important to mention that I was trained not as an illustrator, but as a set and costume designer. This is what really impacted my illustration career. I look at a story I have to illustrate as if it is a play and I’m working on a theatrical stage. I’m kind of imagining everything in 3D and in time. I create an outfit, a silhouette and the look of a book character as if I have an actor in front of me and I have to dress him or her up. And then I build an environment, a set design, where this character lives or acts. What makes illustration more interesting for me than being a set designer is that in illustration I can be both a set designer and a theater director. I make the decision in which part of a stage/page to place a character, whether she or he must smile or be sad, how to light a character and many other various decisions. So, I can say I’m enjoying being an illustrator with a theatrical background more than if I was just an illustrator or just a set designer.

Bookroo: Your career began as an illustrator for the New York Times Book Review. How did you make the transition to children’s book illustration?

Boris: Back in Russia I illustrated a children’s book, a copy of Mary Poppins. The book never came out because the publishing house was crushed as everything was being crushed those days in Russia, but I kept the originals. When I came to the U.S. I decided to continue as an illustrator. I had a few random jobs like an electrician and art restorator until one of my very few friends Ingo Fast gave me a list of art directors to whom I could show my portfolio in a hope to get some illustration assignment. I was strolling from one address to another until I came to Steve Heller at The New York Times Book Review. He was the only art director who did not ask me whether I had been published in U.S. and in a week I was working on my very first b/w illustration in America and it was for the Book Review. After that for many years I was a regular contributor for the paper. In a few years I got some courage and said to Steve that I would like to illustrate books and asked him if he could give me some contacts in the business. He asked me whether I had some experience in that field and here my illustrations for Mary Poppins played their role. Steve gave me a phone number of Frances Foster, who was a publisher at Farrar, Straus and Giroux (FSG). When I called her, Frances told me she knew me by the Book Review and in few weeks I was working on my very first American book project. I consider myself very lucky and I’m forever grateful to Steve Heller and Frances Foster.

Bookroo: What was the biggest challenge in creating your first published book?

Boris: As I’ve said the first book was done for FSG. It was Morris the Artist by Lore Segal - the story was about a boy who went to a birthday party, but loved the present he bought for his friend so much, that he could not part with it. Finally he did and it appeared to be a set of paints. All the guests were involved in painting on wrapping paper and on themselves. I had to imitate children’s paintings and I was afraid I would not be able to do it as brilliant as kids do. I got an idea to use a real child's art for it and Frances and I went to a daycare, where her friend taught art to kids. Unfortunately we could not find the exact images which required the text and I had to raise myself up to a kid’s level and paint the pictures my own. 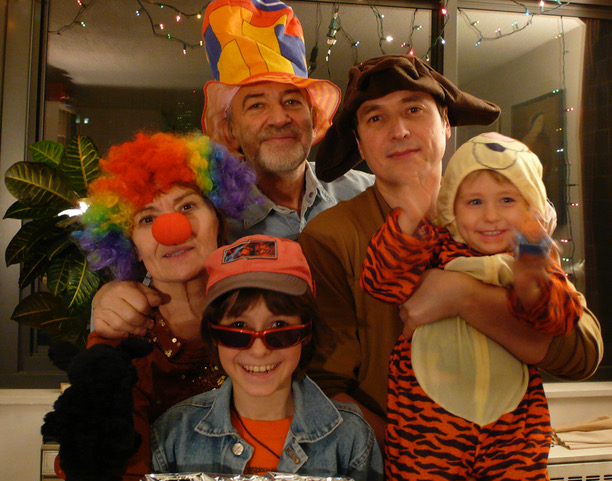 Bookroo: What media do you use to create your illustrations?

Boris: In short it’s a mixed media. At different stages I was using different techniques. In early days it was acryla gouache, watercolor, ink, pen and brush on paper. Actually I like to experiment, so later I also was using graphite pencil, colored pencils, oil pastels, digitally generated parts and even black tea.

For instance, in Max’s Castle you can see many parts (especially b/w parts) which were done separately. I was drawing scaled down parts in graphite pencil after that I was scanning them, manipulating them in Photoshop, enlarging them two or more times, printing them, cutting them out and pasting them into a certain spot of a painted illustration. With this long process I could reach the desired effects and textures which could not be reached in an ordinary way.

Bookroo: How did you go about developing your unique style?

Boris: It’s always difficult to answer such questions, because there are so many things. It starts with my artistic family, both of my parents are artists and set designers. Then it’s the provincial theater in an ancient city where I literally grew up amongst actors, directors and another artists. After that it’s the Art School in St. Petersburg where I was living and studying for five years in a very tiny, family like circle of classmates and two great art teachers who were like second parents to us. It’s also the city of St. Petersburg itself with it’s great history and art traditions, museums, parks, rivers, canals and monuments. And finally another great city - the city of New York and totally new world, new people, new traditions. And it’s still going on. I think my style is still developing in some way.

Bookroo: Your wife Yelena is an author, and you worked on The Perfect Friend together in 2005. How do you help each other with your work? 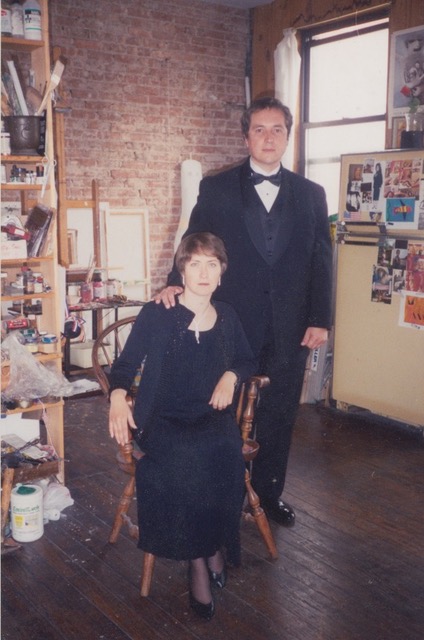 Boris: After Morris the Artist was published, Frances Foster asked me whether I would be willing to write and illustrate my own story. I was afraid I did not have good enough literary ideas and said no, but my wife was more brave and said she did have such an idea. She got the idea based on our family story, so, the story and all the characters were real. Unfortunately she did not have any literary experience and the first variant she wrote was returned with a lot of comments and suggestions. Yelena was a little discouraged and wanted to quit, but I could see interesting potentials in those comments and together we improved the story.

Bookroo: What does a typical work day look like for you?

Boris: I wake up at 5-6 a.m. Reading, answering e-mails. Bike ride. Working on a book or teaching art to kids at Bridgeview Art School. Evening work out and a walk in a park before going to sleep.

Bookroo: We sent Max’s Castle out to our Bookroo subscribers, and we love how delightfully clever it is. What was your favorite part of creating the illustrations for this book?

Boris: Max’s Castle turned to be a very tough project for me. When I read the first variant of Kate Banks’ story I felt I loved the story, but I did not know how to illustrate it. To me it looked like a great idea for animation, but not for book illustrations. I addressed my concerns to Frances Foster and three of us started to look for the right idea of how to fix the problem. It took quite long, but the solution, as it often happens, was very simple. The fact that I was responsible not only for the illustration, but also for the whole concept of the book was a great experience. I was very thankful to Kate for being opened to my concerns and suggestions.

Bookroo: There’s a lot of word-play in Max’s Castle that’s communicated through illustrations as well as through the text itself. Did this present any unique challenges?

Boris: Each time it is a unique challenge for me to work on Kate’s stories and this is what I like. I like when an author makes me think and invent new ways to illustrate. I would say in Max’s Castle the three brothers building words out of alphabet blocks and the story out of the words was exactly the same as the three of us, Kate Banks, Frances Foster and I, were building the book.

Bookroo: You’ve worked on several other books with Kate Banks since Max’s Castle. What do you find most compelling about the stories Kate creates?

Boris: To me the most compelling is Kate’s poetic style. To an illustrator her stories open a wide field for imagination. Her texts are an inspiration for me to create my own story in parallel with hers only in images, not in words. It is especially clear in our latest book How to Find an Elephant. The story is poetry to me, and my illustrations do not necessary depict the words literally, rather they complement her words.

Bookroo: Do you have any favorite memories of childhood reading?

Boris: In my younger age it was Winnie-the-Pooh, Mary Poppins, Alice in WonderLand. And of course the Russian poets and writers for children: Pushkin, Marshak, Chukovski, etc. I especially loved when my parents read me Winnie-the-Pooh. They would read and we could not stop laughing. 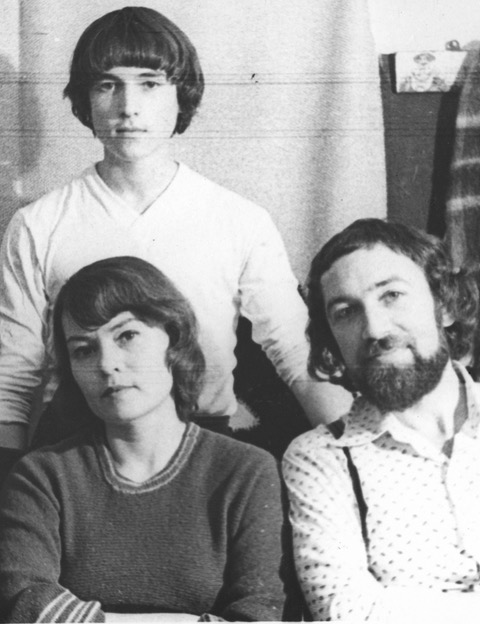 Bookroo: What do you do when you’re in the need of a little inspiration?

Boris: If I’m in a bad mood, I’m riding my bicycle. If my mood is OK, but still no inspiration - a cup of coffee and something delicious might help. And might not. Who knows? And of course I look to my favorite artists. 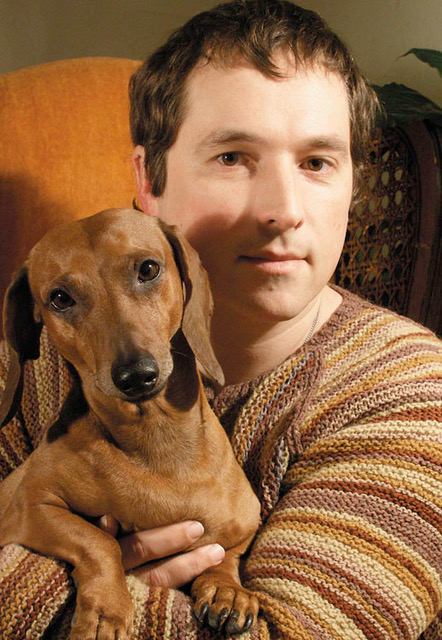 Bookroo: We’re a community of children’s book lovers. Do you have any upcoming projects you can tell us about?

Boris: My latest book has just came out - Howard and the Mummy (Howard Carter and the search for King Tut’s Tomb) by Tracey Fern. A new book will come out next year and it’s called I’m Brave! I’m Strong! I’m Five! by Cari Best.

We really appreciate the opportunity to get to know Boris better and learn more about his work as an illustrator. You can learn even more about him and see more of his work on his website(link to http://www.boriskulikov.com)!

All images courtesy of Boris Kulikov.