How We Finally Got Our Boy to Stay in Bed 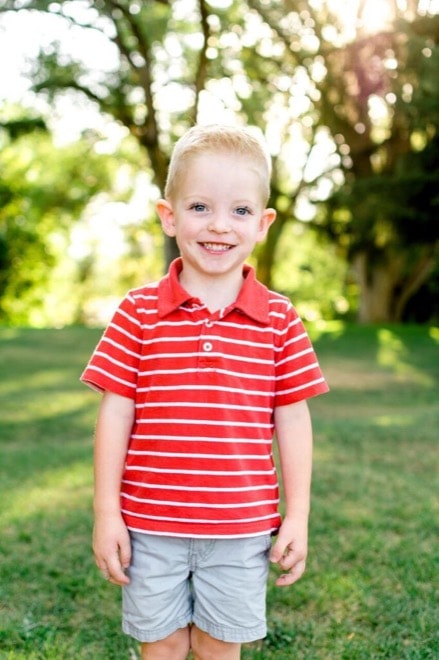 Just last night we had a breakthrough with our sleepless boy. We tucked him into his bed like we always do. And then we came out and crossed our fingers and prayed that he would stay in his bed. Well, he came out, just like he always does.

He ran in and went potty. When I heard him finish, I braced myself for him to come out and start begging me to tuck him in again. This time, though, he simply said, “Mom, I left my blanket tucked in, so you don’t have to tuck me back in.”

Really??? In shock, I walked to his door and helped him open it quietly so he didn’t wake his brother. After I closed it again, I still stood there, listening for his feet to shuffle back to the door. Instead, silence. And just like that, I didn’t see him until the morning. WHAT? Amazing! (Well, except for when I slipped in before going to bed myself and soaked in the beautiful sight of him and his brother peacefully sleeping. Being a mom is the best!)

Let me just give you a little background on this kid. From the day we brought him home, he has struggled with sleeping. We used to bounce him up and down in our arms, in the pitch black bathroom, with the water running, while loudly singing a lullaby over his crying, to get him to sleep. And if we stopped a moment too soon, he would start crying again, and we would have to start all over.

We read sleep books, we tried different methods of sleep training, and we talked with experienced mothers, friends, and family members who seemed to know the tricks. All without seeming to make any progress. Finally, we seemed to make a breakthrough when we got a new crib for him.

But, because we lived in Manhattan at the time, it was of course a mini crib, which started to get too small for him way too quickly (fit great in the closet though! :). Before we knew it, he was attempting to climb out of the crib. Worried he’d fall out and get hurt, we bought a toddler bed, and the misery started all over again. He was just barely over 18 months old! We tried everything to get him to stay in his bed. We literally spent 2 hours each night taking him back into his bed, leaving us no time at all to do anything else. Talk. About. Frustrating.

Around that time, our awesome pediatrician suggested the book, Sleeping Through the Night, by Jodi A. Mindell. In that blessed book, we finally found some helpful information to guide us forward. In the book, she writes, “Sleep problems and the behaviors surrounding sleep are not uniquely different from other behavioral problems parents encounter. Sleep issues are just a bit more complex.” 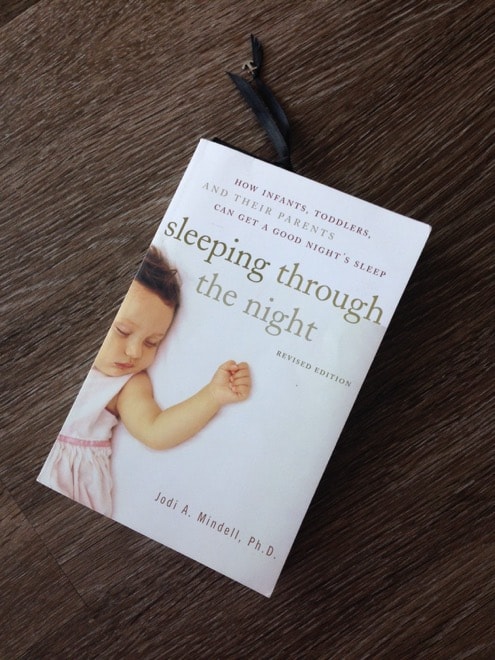 So getting our little guy to go to sleep is a behavioral matter. That seemed straightforward enough, but implementation hasn’t been easy. Chapter three in the book is focused solely on managing behavior. I have studied and restudied this chapter. And despite my studying, I have struggled to know how to help my little three year old, and not only with regard to sleeping. In life generally, he knows what he wants and he knows how he wants it and when he wants it, and if it isn’t his choice, it’s not a good one.

For us, the most powerful lesson from the book has been learning about the power of positive reinforcement. Mandell explains that positive reinforcement is the most effective form of managing behavior, and we have found that our little guy responds really well when we can get ourselves to put this in practice. I have been making a concentrated effort to notice the good things that he does instead of all the negative things I see. And once Chandler noticed how well this worked, he has been doing the same thing and is so good at it!

One night when we were at a big family reunion and not in our own home, our little guy again got out of his bed and, after using the bathroom, begged to be tucked in again. (From his swaddling days he still likes to be wrapped up tight in his blankets to fall asleep.) Our rule is that once we tuck him in and leave the room, if he gets out of bed, he has to tuck himself back in. He always has such a hard time and says he doesn’t know how to do it. This particular night, I had tried and tried to reason with him, and then Chandler took a turn. He encouraged and encouraged him, and assured him that he could do it. Chandler said, “I know you can do it.” This sparked a little courage in J, and when we went in the room later that night to go to bed, we saw him laying there perfectly tucked in. Chandler asked if I had come back in and tucked him in and I said I hadn’t. We could not believe how well he had done it. He had one blanket tucked around his arms and belly, and another blanket tucked around his toes without an inch of the blanket sticking out. He looked like a little burrito. We were seriously so impressed.

The next morning Chandler said to him, “You tucked yourself in! You did it all by yourself!” Quite somberly, the little guy responded, “That was hard.” But to this day, when we talk about it, he gets a big smile on his face and is so proud that he did something hard.

Is there anything better than that?! It makes me smile to see him so proud of himself. I think that is our true job as parents. Helping our kids help themselves, and working ourselves out of a job. Let’s be honest. Sometimes it is so much easier to just do it ourselves and not have the tantrums and the “I can’t do its!” yelled back at us. But seeing our boy experience the triumph of overcoming something hard is well worth the consistent effort and positive reinforcement it takes to get there.