What One Billionaire Things About the Value of Reading

We’ve mentioned before that reading can make your child richer. Well, today we’re back with even more convincing evidence. As it turns out, the world’s third wealthiest individual, billionaire investor Warren Buffett, believes that reading is key to his financial success.

Every year, tens of thousands of people travel to Omaha, Nebraska, to attend the annual stockholder meeting for Buffett’s company, Berkshire Hathaway. As part of the meeting, Buffett and his business partner, Charlie Munger, answer questions from the audience. As the book Pilgrimage to Warren Buffett’s Omaha describes, one of the most common questions from audience members is how someone can become a great investor. Buffett’s answer? “Read everything you can.”

It’s advice that Buffett has always followed himself. In his biography The Snowball: Warren Buffett and the Business of Life, he explains that as a young kid, he “read everything he could get his hands on”, including 15 years worth of the Reader’s Digest stashed away at his grandfather’s house. He consumed every book at his local library that dealt with stocks and investing, rereading some of them two or three times. He also found value in other books, including Dale Carnegie’s How to Win Friends and Influence People, which gave him a formula he could use to overcome his social awkwardness.

Reading builds up compound knowledge over time, just as money compounds over time.

His dedication and belief in the value of reading has endured throughout his professional career. For example, while many investors headed for jobs at prestigious Wall Street investment firms, Buffett chose instead to base his investment operations in his quiet hometown of Omaha. Why? As Pilgrimage to Warren Buffett’s Omaha explains, Buffett wanted to find a quiet place where he could spend his days “reading and thinking.” In fact, Buffett estimates he spends as much as 80% of his working day reading and thinking. As his partner Charlie Munger says, “You could hardly find a partnership in which two people settle on reading more hours of the day than in ours.”

Even if your goal isn’t for your child to make it to the top of the Forbes’ list of wealthiest people in the world, investing in his or her love of reading is certain to yield great returns throughout his or her life. And the best way to help your child see the value you place on reading is to spend time reading together. As children’s author Emilie Buchwald said, “Children are made readers on the laps of their parents.” 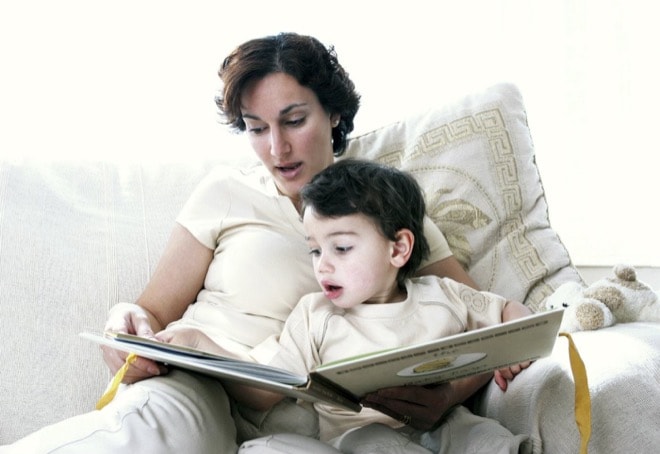 Before we go, we want to share one last story from Buffett. In the early 2000s, he was giving a guest lecture at the Columbia Business School when a student raised his hand and asked what advice Buffett would give to students if they wanted to have a successful investing career. In response, Buffett reached for a thick stack of disheveled papers he had brought with him, and holding them up, said to read a stack of 500 papers like that every day. Buffett explained that reading builds up compound knowledge over time, just as money compounds over time. He concluded his challenge by saying that while any student in the class could follow his advice, he didn’t believe many of them would.

At least one student in the class, however, accepted Buffet’s advice. His name is Todd Combs, and as he began his own investment career, he started reading 500, 750, and even 1,000 pages each day. The outcome? Eight years later, he was recruited by Buffett himself to work for Buffett’s company. Not only that, but Combs has also been considered a possible replacement for Buffett as chief investment officer for Buffett’s company upon Buffet’s retirement. Combs’ example is a powerful validation of Buffett’s belief in the value of reading.

Ready to invest in your child’s future? Order a Bookroo box today and help your child learn the value of reading!