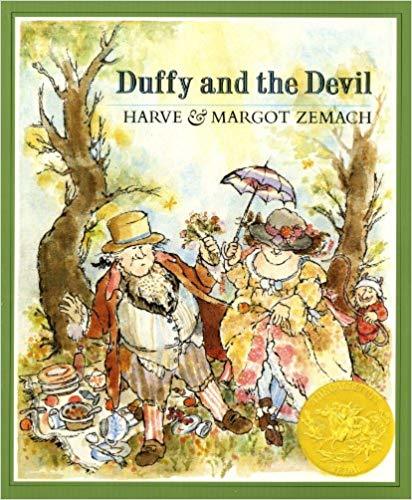 Duffy and the Devil

Duffy and the Devil was a popular play in Cornwall in the nineteenth century, performed at the Christmas season by groups of young people who went from house to house. The Zemachs have interpreted the folk tale which the play dramatized, recognizable as a version of the widespread Rumpelstiltskin story. Its main themes are familiar, but the character and details of this picture book are entirely Cornish, as robust and distinctive as the higgledy-piggledy, cliff-hanging villages that dot England’s southwestern coast from Penzance to Land’s End.

The language spoken by the Christmas players was a rich mixture of local English dialect and Old Cornish (similar to Welsh and Gaelic), and something of this flavor is preserved in Harve Zemach’s retelling. Margot Zemach’s pen-and-wash illustrations combine a refined sense of comedy with telling observation of character, felicitous drawing with decorative richness, to a degree that surpasses her own past accomplishments.

What Kind of Book is Duffy and the Devil

Book Lists That Include Duffy and the Devil 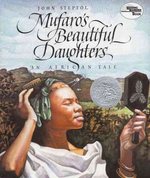 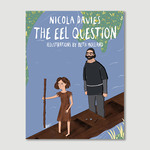 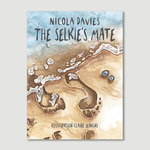 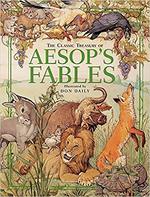 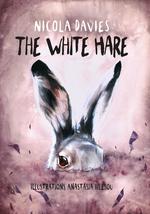 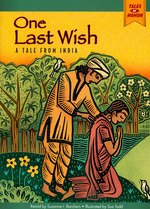 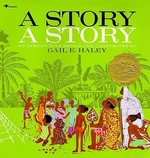 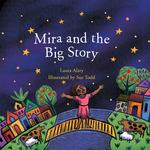 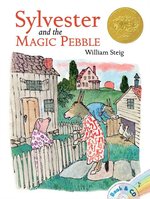 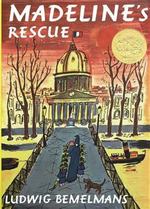 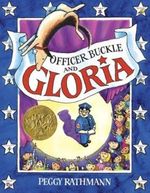 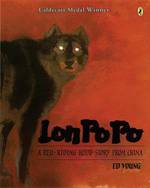 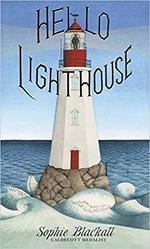 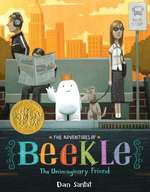 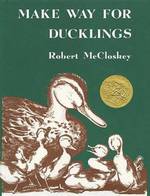 Who Wrote Duffy and the Devil

Who Illustrated Duffy and the Devil

What Has Harve Zemach Said About This Book

Nothing yet! 🤷 You should let Harve Zemach know that we want more details from them about Duffy and the Devil!

What Has Margot Zemach Said About This Book

Nothing yet! 🤷 You should let Margot Zemach know that we want more details from them about Duffy and the Devil! 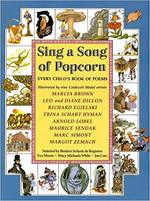 picture book
Sing a Song of Popcorn: Every Child 's Book of Poems

6.7
imagination · monsters
Where the Wild Things Are

6.5
picture book
The Adventures of Beekle: The Unimaginary Friend