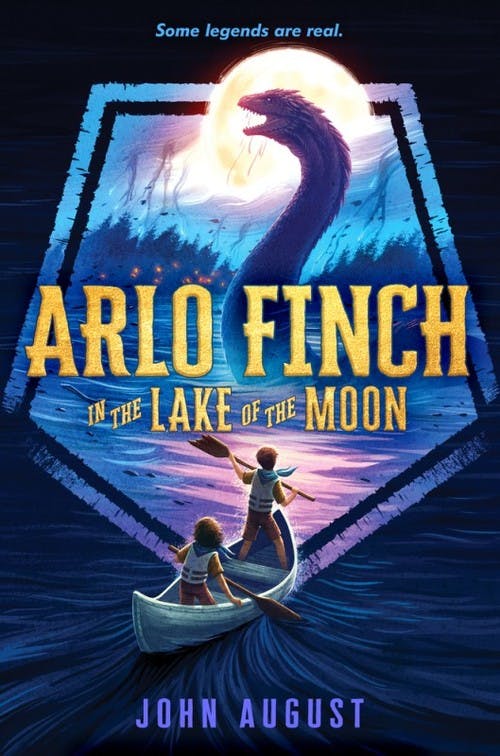 Goodreads4.4 / 5
The Definitive Guide to

Arlo Finch in the Lake of the Moon

Written by John August
Published by Square Fish
Buy on Bookshop.orgBuy on Amazon
Prices as of Sep 27

The second book of a spellbinding middle-grade fantasy adventure series by acclaimed screenwriter John August. Arlo Finch and the Rangers of Pine Mountain Company are headed off for two weeks at Camp Redfeather. But this summer camp is more than canoeing and hiking. It’s also a chance to search for ancient forest spirits, discover mysterious messages encoded in tree bark—and perhaps even encounter the ancient monster who lurks in the lake’s icy waters. At camp, new faces and sudden departures change the dynamics of the Blue Patrol. And when Arlo and his best friends Indra and Wu stumble upon clues about the long-lost Yellow Patrol, Arlo uncovers a stunning history that leads right back to his very own family.

Born and raised in Boulder, Colorado, John August earned a degree in journalism from Drake University and an MFA in film from USC. As a screenwriter, his credits include Big Fish, Charlie’s Angels, Charlie and the Chocolate Factory, Corpse Bride and Frankenweenie. His books include Arlo Finch in the Valley of Fire.In addition to his film career, he hosts a popular weekly podcast, Scriptnotes, with Craig Mazin. He also created the Writer Emergency Pack, an educational storytelling tool that was distributed to over 2,000 classrooms in partnership with non-profit literacy groups like 826LA and NaNoWriMo. John and his family live in Los Angeles.

What Has John August Said About This Book

Nothing yet! You should let John August know that you want to hear from them about their book.