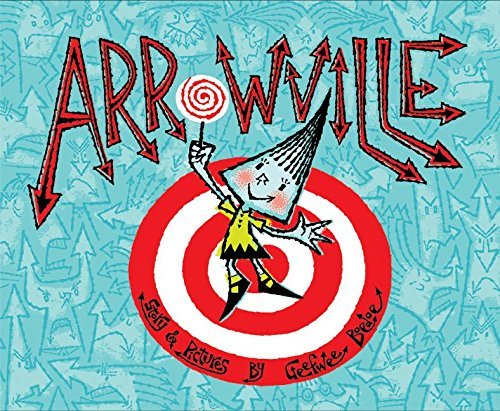 Beyond the Arrow Mountains, where winds blow bitter chill, across the Arrow Ocean lies a town called Arrowville, where every pointed person had a pointed point of view, and every point in Arrowville was always just askew.

In Arrowville, the arrows argue all day long, except for an agreeable girl named Barb. When Barb runs away from home, she encounters a family of targets vacationing in Arrowville. The Targets become the target of mistrust, leading to a clamorous climax of chaos and confusion, but in the end Barb and the Targets convince the town that there are certain ideas upon which everyone can agree.

Animator and first-time author Geefwee Boedoe makes his debut with a sly and delicious comedy of errors, featuring lollypops and something even sweeter — friendship.

Nothing yet! 🤷 You should let Geefwee Boedoe know that we want more details from them about Arrowville!

Did Arrowville Win Any Awards