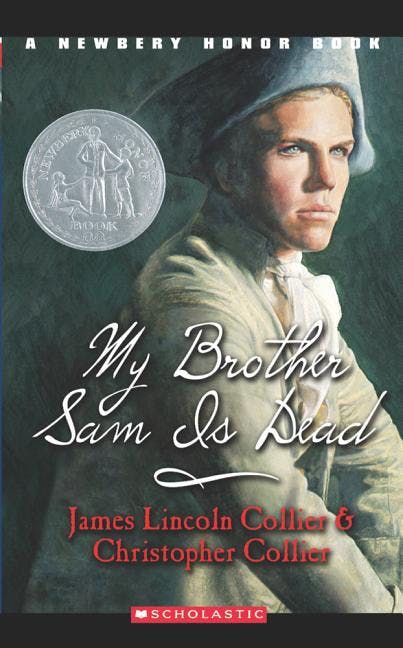 Goodreads3.4 / 5
The Definitive Guide to

My Brother Sam Is Dead

Written by James Lincoln Collier
Published by Scholastic Paperbacks
Buy on Bookshop.orgBuy on Amazon
Prices as of Nov 27

The classic story of one family torn apart by the Revolutionary WarAll his life, Tim Meeker has looked up to his brother Sam. Sam’s smart and brave – and is now a part of the American Revolution. Not everyone in town wants to be a part of the rebellion. Most are supporters of the British – including Tim and Sam’s father. With the war soon raging, Tim know he’ll have to make a choice – between the Revolutionaries and the Redcoats . . . and between his brother and his father.

What Kind of Book is My Brother Sam Is Dead

What Has James Lincoln Collier Said About This Book

Nothing yet! You should let James Lincoln Collier know that you want to hear from them about their book.