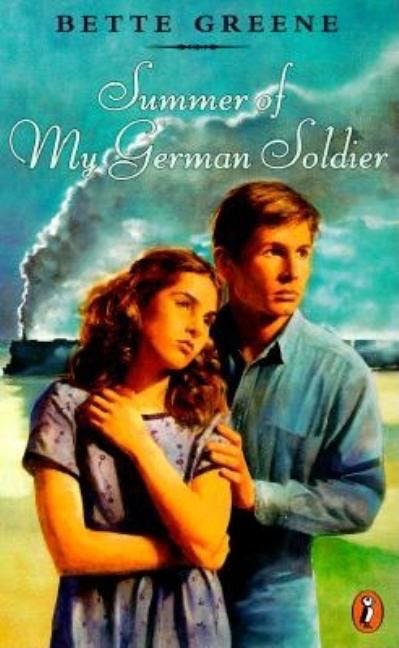 Goodreads3.7 / 5
The Definitive Guide to

Summer of My German Soldier

Published by Puffin Books
Buy on Bookshop.orgBuy on Amazon
Prices as of Aug 1

An emotional, thought-provoking book from multi-award-winning author Bette Greene. When her small hometown in Arkansas becomes the site of a camp housing German prisoners during World War II, 12-year-old Patty Bergen learns what it means to open her heart. Although she’s Jewish, she begins to see a prison escapee, Anton, not as a Nazi–but as a lonely, frightened young man with feelings not unlike her own, who understands and appreciates her in a way her parents never will. And Patty is willing to risk losing family, friends–even her freedom–for what has quickly become the most important part of her life. Thoughtful, moving, and hard-hitting, Summer of My German Soldier has become a modern classic. “An exceptionally fine novel.” –The New York Times “Courageous and compelling!” –Publishers Weekly A National Book Award FinalistAn ALA Notable BookA New York Times Outstanding Book of the Year

What Kind of Book is Summer of My German Soldier