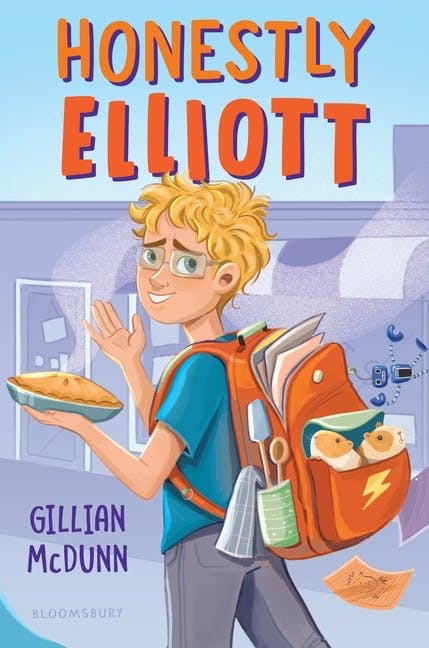 Written by Gillian McDunn
Published by Bloomsbury Publishing PLC
Buy on Bookshop.orgBuy on Amazon
Prices as of Jun 24

Highly-acclaimed author of Caterpillar Summer, Gillian McDunn explores boyhood in a funny, big-hearted story about a kid trying to find the best way to be his best self. Elliott has been struggling since his closest friend moved away, and he’s not too sure where he fits into his own family, especially since his newly remarried dad and stepmom are expecting a baby. His grades aren’t too great, he’s always forgetting things, and he doesn’t really like sports. All together, the result is someone the complete opposite of his dad–a fact they’re both very aware of. Elliott’s only solace is cooking, where he can control the outcome, testing exciting recipes and watching his favorite cooking shows. When he’s paired with the super smart and popular Maribel for a school-wide project, Elliott worries they won’t see eye to eye. But Maribel is also looking for a new way to show others her true self and this project could be the chance they’ve both been waiting for. Sometimes the least likely friends help you see a new side to things . . . and sometimes you have to make a few mistakes before you figure out what’s right. Acclaim for Caterpillar SummerAn Indies Introduce PickA Texas Bluebonnet SelectionA Parents Best Book of the YearA Kirkus Reviews Best Book of the YearAn Amazon Best Book of the Year

What Kind of Book is Honestly Elliott

Book Lists That Include Honestly Elliott

Gillian McDunn has lived in California, Missouri, and North Carolina, and is a fan of both the Pacific and the Atlantic Oceans. Like Cat, Gillian grew up as the big sister to a younger brother with special needs. She lives near Raleigh, NC, with her family. This is her first book.gillianmcdunn.com

What Has Gillian McDunn Said About This Book

Nothing yet! You should let Gillian McDunn know that you want to hear from them about their book.

Other Books You Might Enjoy If You Liked Honestly Elliott